My name is Jackie. I’m a 40 year old mum of two beautiful young girls, and I have PCD and bronchiectasis. I was diagnosed with bronchiectasis in the 1980s in Christchurch, NZ and over the next 10-15 years, my medical notes reveal that the specialists suspected I had some “sort of ciliary dysfunction”. Back then it was an unknown entity and until three years ago, I just always believed I had bronchiectasis. My mum also has bronchiectasis, however doctors were baffled as to how I developed the disease, as it isn’t hereditary. My dad made a ‘tipping board’ from a blackboard frame covered with padding that I would go over every day so they could do my ‘tipping’ (airway clearance – lots of chest taps, followed by huffs and coughs).

In 1986 I had a middle lobectomy that was also supposed to be a lower lobectomy but due to complications they had to abort the operation mid way, leaving the lower lobe in, which unfortunately, is where my bronchiectasis is most prevalent and severe. I remember growing up always having a chesty cough, runny nose, fevers, acupuncture and countless trips to our ENT specialist in Auckland. I’ve no idea how many grommets I’ve had over the years and I still have them – although they’re permanent ones now. My life has been full of antibiotics, inhalers, nasal washes, ear drops, nebulisers, lung function tests, CT scans, X- rays – the list goes on but for me, it’s just part of my life. Sport and being active was instilled in us from a young age (I have three brothers and sisters – none with PCD or bronchiectasis) and I have played hockey since I was five and also played tennis, netball and touch rugby. My childhood was like any other kid growing up and we had lots of fun.

Having lots of mucous was often embarrassing but I learnt to create my own way of clearing out quietly before sport or at other times, so nobody would know. People often ask me if I have a cold because of my chesty cough and snotty nose blows! I’ve only ever been hospitalised once (other than my major surgery) and I keep well most of the time using Ventolin and a 6% hypertonic saline through a nebuliser daily and then top up with antibiotics when I need them (sometimes more often but that is just the way it goes).

I met my fiancé in 2009 and within a year we decided to start our family. Both my girls were conceived naturally and at that stage, I didn’t know I had PCD, just bronchiectasis. My first daughter, Georgia, was born in 2011 is free of PCD, however my second daughter, Lucy, was born in 2013 and suffered breathing difficulties within the first few hours of her birth and was transferred to the special care unit at the Royal Womens Hospital in Melbourne with an unexplained ‘chest infection’. She cleared up after a week or so of treatments and we went home. However it soon became obvious she had the symptoms of runny nose and a chesty cough. We went into the Royal Childrens Hospital in Melbourne, under the care of Dr Phil Robinson and she was soon diagnosed with PCD. I’d never heard of this but then all the pieces of the puzzle came together and after getting myself tested, we discovered I do in fact have PCD and this is how she came to develop it also. It’s been an interesting journey of discovery over these last three years. Lucy has had a few operations for grommets insertion and adenoid removal and two hospital admissions for ‘tune ups’. She is extremely well cared for by Dr Phil Robinson and his team at the Royal Childrens and we feel incredibly lucky that we live within an hours drive of this amazing hospital.

The most important thing for Lucy growing up is her being able to understand PCD and make sure she lives a healthy active life. My mum is 70 this year and is proof that if you look after yourself, you can achieve this with a little medical help along the way. My mum is an inspiration. The challenge for me now, as a mum living with PCD and having a daughter with PCD, is to keep myself as well as possible so I can be a role model to her in living with this disease. PCD and bronchiectasis will always be in our lives, but it does not define who we are or what we can achieve.

PCD and bronchiectasis will always be in our lives, but it does not define who we are or what we can achieve. 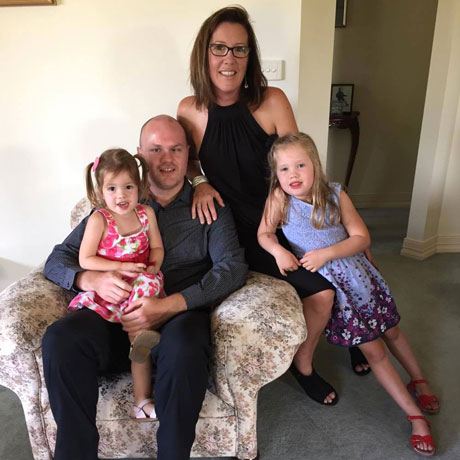 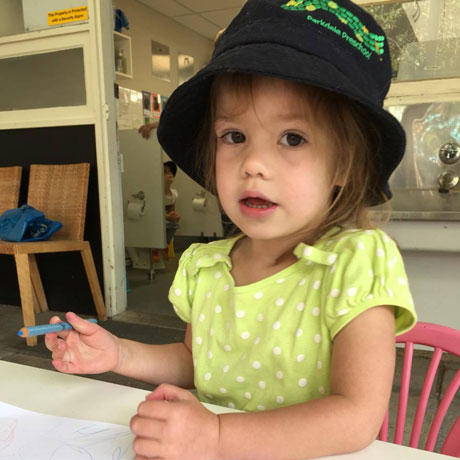 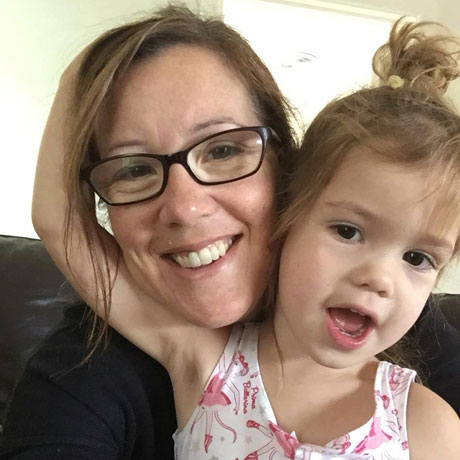