PCD Australia Foundation was formed in 2013.

We are a registered charity which is run by a committee of volunteers. We are also supported by several Respiratory doctors across Australia.

We are here to promote awareness within the medical professions and the general public of PCD and its effects.

To facilitate and promote the provision of optimal care for persons affected by Primary Ciliary Dyskinesia (PCD) and to ensure the best possible quality of life for them.

To provide information, services and activities for the welfare of those affected by PCD and their families.

We represent and advocate the interests of those affected by PCD

We initiate and encourage research and study pertinent to the diagnosis, treatment management and amelioration of PCD. 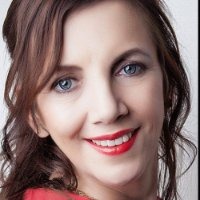 Catherine Kruljac is the President and founding Memeber of both PCD Australia and PCD Family Support Group.

Diagnosed at 11 years old after many years of misdiagnosis. Catherine is determined for PCD clients and families to have their voices heard and make a difference.

She works in the dental industry and has an Advanced Diploma in Accounting.

Catherine's roles in representing PCD Australia are the following

She is representing PCD Australia on the consultation committee for Young Lungs Australia which is an initiative by The Lung Foundation Australia. 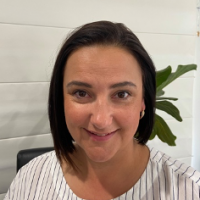 My name is Julie Hayes I am a mother of two Children Ava aged 7 and Mason aged 5.

Mason was born full-term with no indication that he sick, a nurse listened to a little crackle in his Chest but nothing was detected. After a very long battle with Mason not being a happy baby and always sick with an infection in his nose and a wet cough we finally got diagnosed with A rare form of PCD called H11 in 2017 age 3.5 years old.

I searched for answers not knowing what to think or ask and I was a worried stressed out Mum until I called PCD Australia and Spoke to President Catherine Kruljac. My first thought was that Mason will be OK! Not knowing anything else. So from that day, I decided I need to make a difference, so here I am. Fundraising Director of PCD Australia. Together with my amazing husband and kids, we have already completed our first fundraiser in our home town of Mildura raising 20k.

My son William was born in 2018 with PCD is the source of our desire to keep what he has now with the current hospital system throughout his entire life.

We know as those with PCD get older they get lost in the hospital system and can sometimes be lumped in with other conditions.

This is not ideal. Knowing how underdiagnosed PCD may be is the reason l decided to join the PCD organisation.

In the short time here I have seen what is possible with all the fantastic people both on the board and our members.

The potential for PCD to be understood better and also adopting a national standardisation of care is what I think is highly achievable.

This gives me hope that as William gets older he will be equally in good hands as an adult as he is now as a child. 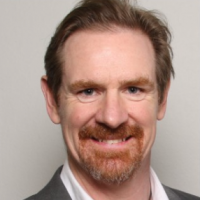 Paul has lived with PCD all his life and was only finally diagnosed a few years ago in his mid 40's. Life was difficult not knowing what he had (apart from a 365 day per year cold!), and since being diagnosed has been much better allowing his PCD to be framed and is now armed with strategies to cope on a daily basis.

Paul's motivation to join the PCD Australia Board at the start of 2019 was to take an active role in providing fellow PCD patients with better and consistent information, standards of care and has the hope to one day cure the disease!  Paul is the Board's Governance Director (as well as chairing Board and committee meetings) which complements his skill set gained from his career in project and pre-contracts management in the water industry. 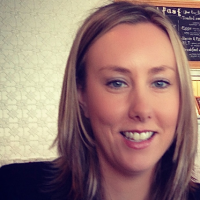 Rebecca is a mum of 2 boys, Jack 4 years and William 2 years.  At her 20-week neonatal scan, her baby (William) was diagnosed with a rare condition called Situs Inversus Totalis, which meant her baby’s heart and abdominal organs were mirror image – on the right side of the body.  After a normal birth, William went into Neonatal Respiratory distress and was admitted into NICU for oxygen and close monitoring.  At just 1 week old he was placed on a treatment plan for PCD.  William continued to be in NICU for 4 weeks and went home on Oxygen for a further 2 weeks.  Since then Rebecca and her husband continue to learn more about PCD and how to incorporate William’s therapies into their daily routines.  It’s been a bit of a journey since William was born however they have a strong family network to support them and Rebecca is passionate about advocating for a standard of care for PCD Patients and support for their Carers.