My name is Fiona McBeath and I am the mother of 3 fantastic children, 2 who just happen to have PCD. Our journey with PCD started 19th March 1988 when Casey was born. After a very normal delivery at the Elliston Hospital in SA, Casey’s lungs collapsed day one. We were very quickly retrieved to Adelaide and then spent the next 2 weeks at the Old Queen Victoria Hospital neo natal unit. Casey’s diagnosis at that stage was chest infection due to meconium aspiration. We were very lucky that her neonatalist- Dr Ross Haslam, said even though there was no definitive reason we should continue to do chest physio, which we did!! In 1990 after frequent hospital visits for ear and chest infections we were referred to Dr A James Martin at the Women’s and Children’s Hospital WCH. Then the testing began! She had X-rays, lung function tests, physio assessments and the very important negative sweat test and eventually a nasal biopsy, this also came back negative. This was all a bit difficult on a two year old. As we had no diagnosis we continued to treat aggressively with regular physio, frequent hospital visits and many courses of antibiotics. In this same year we had Tom who had no signs of PCD.

In 1993 on the 1st of January I gave birth to Cain by emergency C section, thankfully I was in Adelaide due to myself having gestational diabetes. Cain also appeared to be chesty but due to the traumatic delivery and definite meconium it was once again put down as an aspirate. He was not put on antibiotics and things cleared up on their own. My gut feeling was something was not right so we took it upon ourselves to do chest physio on Cain as well as Casey as we were already practiced in doing it on a baby. Cain also had a fused fontanel which was corrected at 12 weeks. It was his cranio facial Dr that put him on antibiotics to clear up his ‘snotty’ nose before surgery. It was at 4mths of age while in hospital for breast feeding issues that a routine chest X-ray showed Cains stomach to be on the wrong side. This led to further investigations showing him to have left sided isomerism above the diaphragm and situs inversus liver, stomach, spleen. Cain has 1 normal spleen plus 3 satellite ones. He is a true Kartagener’s Syndrome. This diagnosis of Cain therefore enabled Casey to be diagnosed as Dr A James Martin was being told by colleagues he had to accept asthma with mucus plugging. The School of Medicine love unique children for medical exams so Cain was always quite the celebrity.

We found it a huge relief to finally be able to put a name to what was happening in our lives. It did not change our management as we were already in the routine of chest physio lots of activity and antibiotics. Our second home became the WCH and we did eventually shift closer to Adelaide after Cain was airlifted out twice in one year. We have always pushed and pushed exercise and encouraged all 3 kids to live normal lives. “You can be whatever you want to be if you are prepared to put in the effort”. Cain even made the State Hockey squad in high school. We had years of nebs and trampolines before school, district nurses during school and nightly physio before bed while watching TV unless you had had sport practice, grommets in ears, ear drops when necessary, ear plugs and ear wraps so swimming could still happen. Everyone from grandparents, aunts and uncles and family friends knew how to do their physio and what to look out for. The age of 13-14 was the year of consequences! Children old enough to take some responsibility for themselves and us as parents taking a step back. I still did physio if asked but I refused to nag and had to watch Cain miss out on the state squad for hockey and Casey spend weeks in hospital. It was tough but lessons learned Cain made the state squad the following year.

The years of 16-20 when parties happen and kids are in smoke filled environments is problematic as smoke and PCD don’t mix very well. I would get phone calls to come pick up kids in the middle of the night as Casey or Cain couldn’t breathe properly due to too many people smoking cigarettes or inhaling too much campfire. It would then be Ventolin and physio before bed no matter how much you have drunk. They eventually learn their limits and become better at avoiding situations which will make them sick. My children are all now adults and in the scheme of things managing very well. Casey is a new Mum to Chloe (5th go IVF) and back playing netball and hasn’t been in hospital for 6 years. Casey works full time and after maternity leave will return in a part time capacity. She only requires antibiotics every now and then and will ask her husband Leigh or myself for pats if she needs them. If needed she will have a neb and use her flutter but finds by coughing frequently and not allowing the mucus to sit works very effectively. She has minimal lung damage. It is very funny to hear her daughter Chloe give her fake cough as she copies her mum. Tom is a diesel mechanic and has a wonderful relationship with his siblings considering all the attention they needed. His girlfriend Amy is fitting in very well to this mad family. He is a well-rounded young man and we are very proud of him. Cain is now a fully qualified refrigeration mechanic. He goes to the gym regularly. He does like to party and at times need reminding he needs to look after himself better. He has an amazing girlfriend Paige who can tell when he is getting sick and looks after him really well. He is 6ft 4in so all the years of medication have not affected his growth. He is the one that drives the Drs nuts though as he tends to miss his appointments even with reminders. He will still ask for pats when he needs from his mum as no one does pats like mum!

We have been very lucky to minimise the damage to Casey and Cains lungs. It has not always been easy and every child is different. The early start with chest physio was the most important step in maintaining lung function. The best advice I can give to parents is the advice Dr A James Martin gave me very early on. This was to live my life and not let my children’s condition consume me and once diagnosed not let the condition define them. They are and always will be more than PCD!

The best advice I can give to parents is the advice Dr A James Martin gave me very early on. This was to live my life and not let my children’s condition consume me and once diagnosed not let the condition define them.
They are and always will be more than PCD! 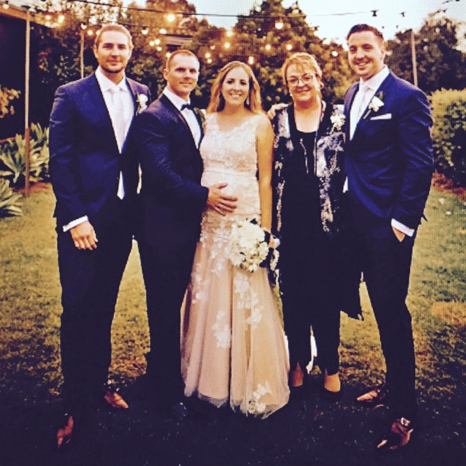 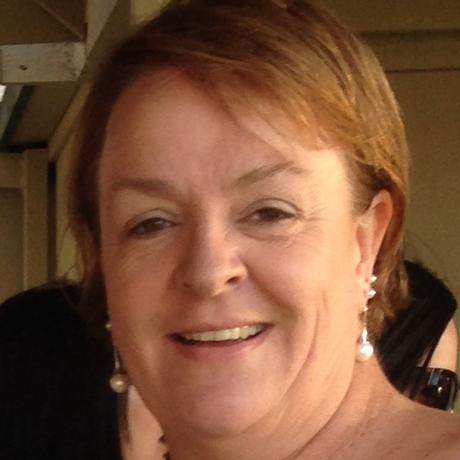