Our son Bill was born in late November 2014, via elective caesarean, at a private hospital in Adelaide. It was about five hours after his birth that my husband and I became slightly concerned that something was not quite right. I pointed out to a midwife that he appeared all blocked up and snuffly (but suspected this was just a normal post birth side effect), however my husband who had spent more time with him than I due to unforeseen reasons, commented that he thought his breathing was abnormal ‘as if he had just run a race’ and that he and his dad believed if our son was a cow born on our farm they probably would have given the calf a needle straight after birth for pneumonia.

I guess ultimately this is the moment where things began to change for us. Our son was taken to the nursery for monitoring for the afternoon, later that day a scan revealed that his heart was in fact on the other side and from there we were retrieved to the Women’s and Children’s Hospital (WCH). Upon arriving at the WCH, Bill was admitted into the Neonatal Intensive Care Unit (NICU). Quite quickly further testing was done and at approximately midnight that night I met with a cardiologist, who confirmed Bill had mirror image dextrocardia (heart on the opposite side). During our two week stay in NICU, primary ciliary dyskinesia was explained to us and from very early on this was a presumed diagnosis. Blood was taken and sent to the United States of America to confirm the diagnosis. Unfortunately for Bill one of his biggest challenges was his Right lung collapse, which occurred the day after birth. We ended up spending a total of almost 8 weeks at the WCH where various devices and support was provided to Bill to assist with breathing and facilitating the expansion of his right lung. Bill initially spent 3 days on a ventilator, before moving onto various CPAP machines and then eventually to just oxygen via nasal specs.


We were discharged home on home oxygen, in mid-January. This will be a day we will never forget, after expecting to be in Adelaide for 4 days, 52 days later we were leaving the city and on our way back home to our farm with our son. A very excited big sister awaiting our arrival! Over this 8 week period we learnt so much, resilience as parents, strength and determination, a new appreciation for all you have and a gratitude for the medical profession that is beyond words. Our hospital stay at that time and ever since has shown us how amazing parents and children are, we witness incredible journeys, hardships, triumphs and scenarios that can never be explained unless you are another parent in a similar situation. We will be eternally grateful for the services we have received and the kindness shown to us.

We travelled to Melbourne when Bill was approximately 4 months old, to undergo a nasal scraping where a sample of his cilia could be collected and we could gather more information as to how his cilia function. It was around the time of our trip to Melbourne that Bill transitioned off of home oxygen and also a confirmation was received from America that Bill had PCD, a defect on the CCDC40 gene.

Bill is now 9 months old and we continue to learn more about PCD and its management every day. Management of Bills PCD consists of a nightly nebuliser of Pulmozyme, various course of antibiotics when he becomes acutely unwell (cold, ear infection, bronchiolitis etc.), regular physio therapy which we work hard to incorporate into Bills daily life and attending regular check-ups with our Respiratory Team at the WCH. It has been very important to be vigilant with Bill and to catch any infections early to minimise the impact of these. We are very grateful for an early diagnosis of PCD as this means Bill can receive treatments as required rather than experiencing delays resulting in possible damage to his lungs and other parts of the body if the diagnosis had not been made early. Bill also wears a medic alert bracelet to inform others of his medical history.

As Bills grows and develops new challenges are thrown our way but we always aim to tackle these with a positive outlook. As parents we are proactive and do everything we can for Bill, but also realise somethings are out of our control. Bills right lung still remains completely collapsed, however there is still great hope that this will re expand into the future. For now, we take comfort in knowing that Bill is a very happy and content baby who seems to take these challenges in his stride.

Since this was written, Bills Right lung has inflated to approximately 2/3 working capacity. This happened at approximately 12 months of age. This requires ongoing monitoring.

As Bills grows and develops new challenges are thrown our way but we always aim to tackle these with a positive outlook. 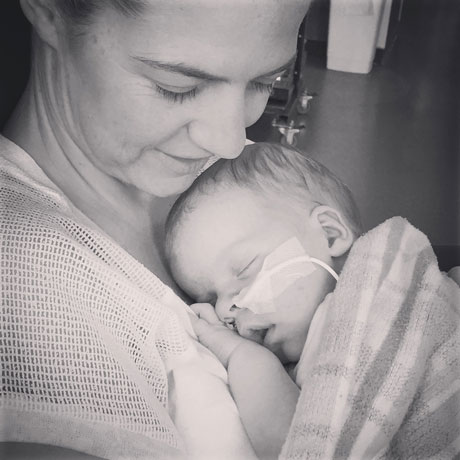 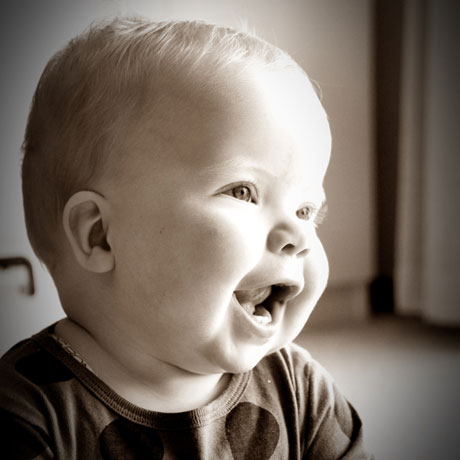 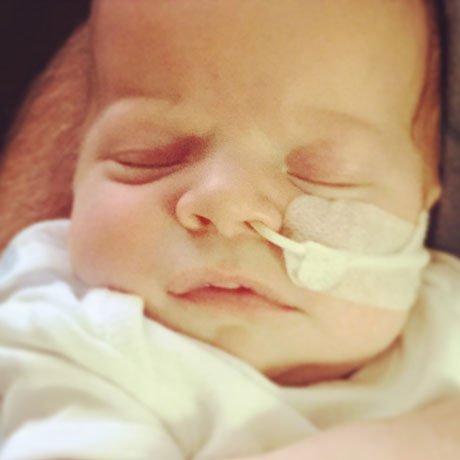